This tour will lead you to get acquainted with the most famous Basilicas of Florence where art is both the manifestation of spirituality and the desire for social promotion of the prominent families of the city. The visit can be extended and tailored as a “Pilgrim tour” for those who wish to explore the sacred Florence in depth. As an alternative you can combine a visit to one of these beautiful churches with a walking tour of the town.

The Basilica of Santa Croce 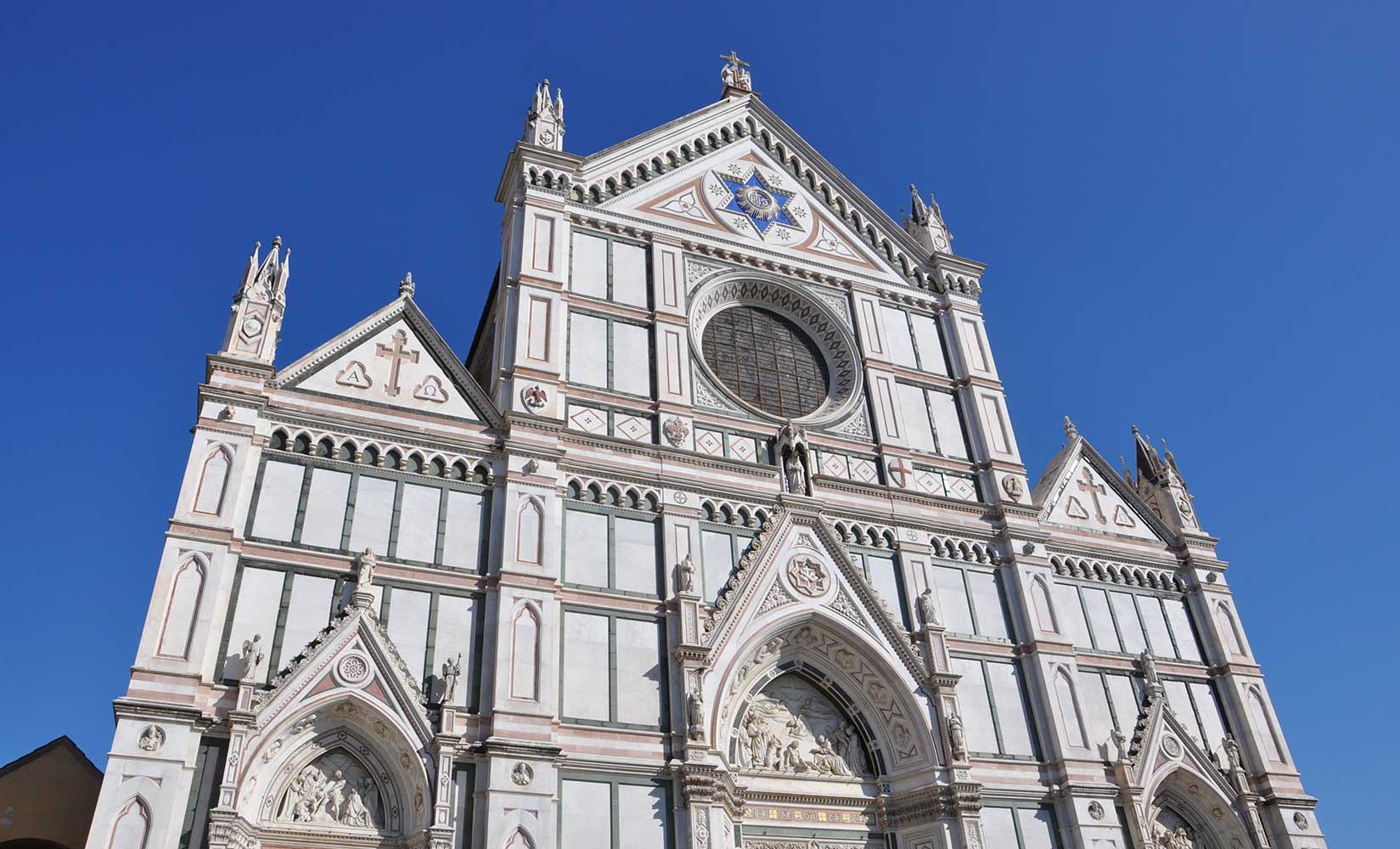 The Basilica of Santa Croce with works by Giotto – the forerunner of the Renaissance – Donatello, Giorgio Vasari, Bronzino, and many other masters of the 15th and 16th centuries make this gothic church one of the wonders of the city. Also known as the Pantheon of Eminent Italians, you can visit the tombs, amongst others, of Michelangelo, Galileo Galilei, Niccolò Machiavelli, and Gioacchino Rossini. In the cloister, the beautiful unfinished Pazzi Chapel by Filippo Brunelleschi.

The Basilica of Santa Maria Novella 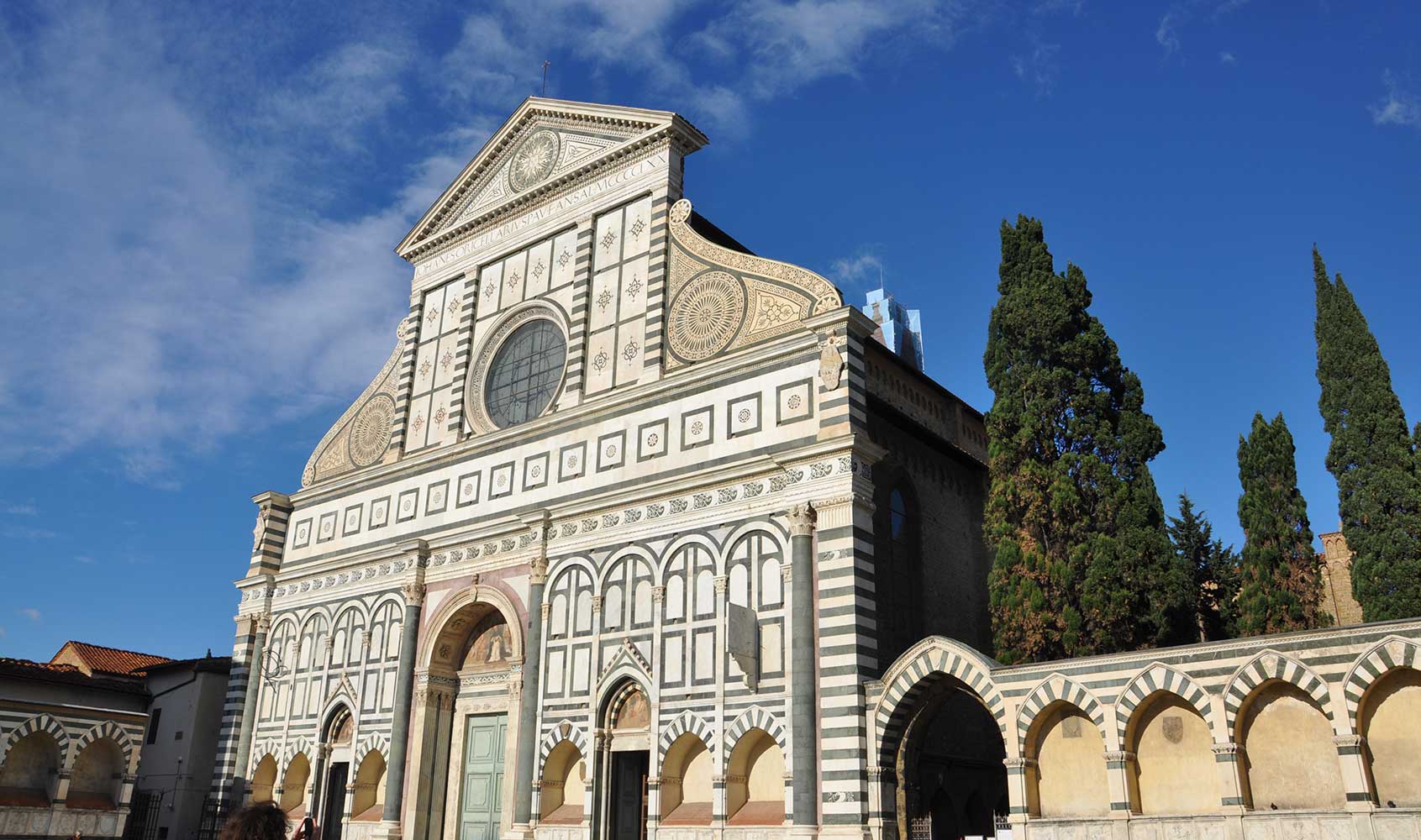 The mother church of the Dominican order has one of the most elegant and impressive facades of the city. Inside the the sober gothic building you’ll find works by Giotto, where one of his most moving Crucifixes is displayed, the “Trinità” by Masaccio, considered to be the first fresco painting of the Renaissance to use perspective, the Tornabuoni Chapel decorated by Domenico Ghirlandaio, perfect example of how the wealthy families used art as a way to promote themselves: an accurate portrait of Florentine society of the 15th century.

The Basilica of Santa Trinita 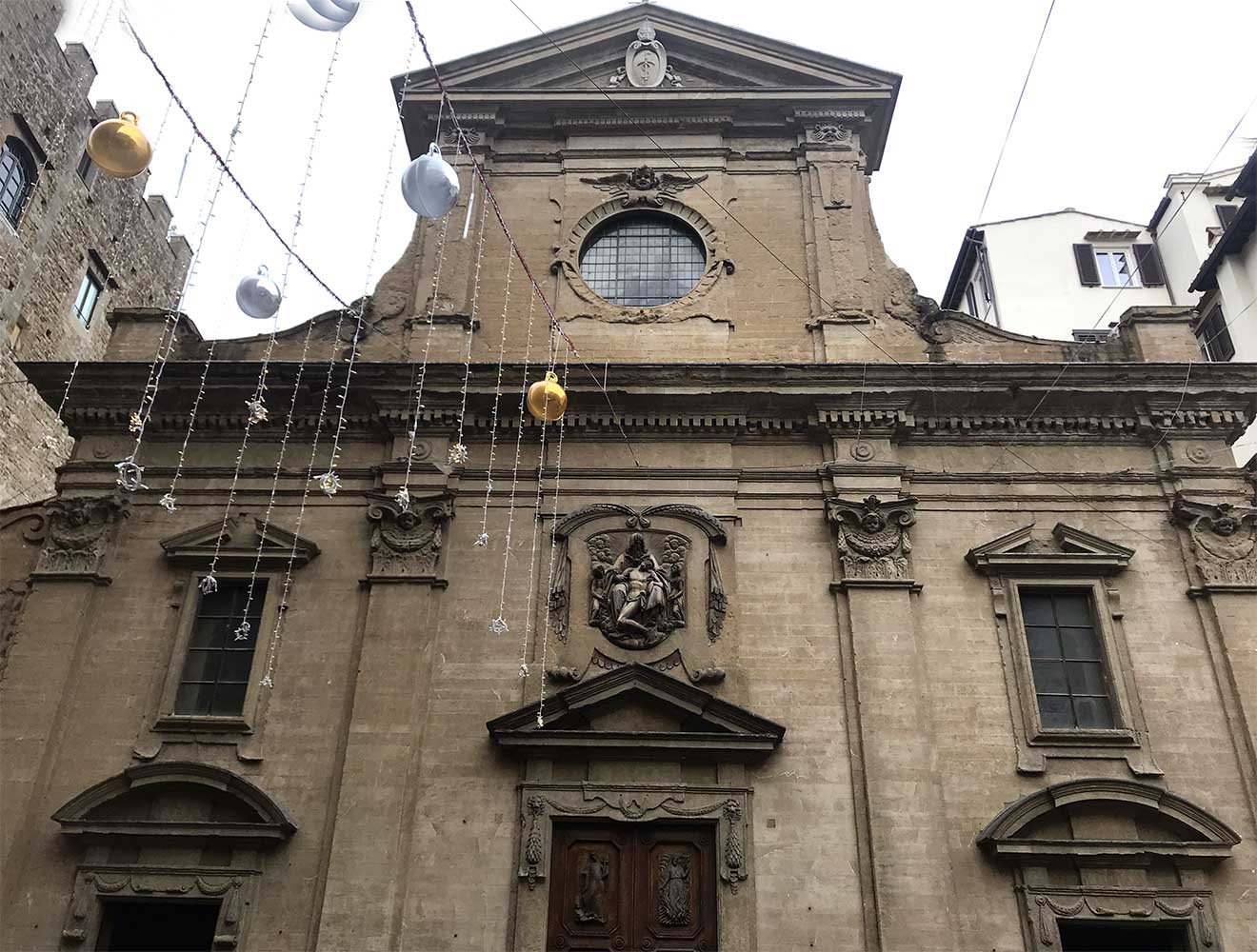 Dating back to the 11th century, the church is the testament to the many renovations that the building underwent during the centuries. Inside this dark and enchanting basilica, amongst many fascinating altarpieces and sculptures, you’ll find the Sassetti Chapel, belonging to one of the prominent families of the Renaissance, entirely decorated by Domenico Ghirlandaio, Michelangelo’s only teacher.

The Basilica of Santo Spirito 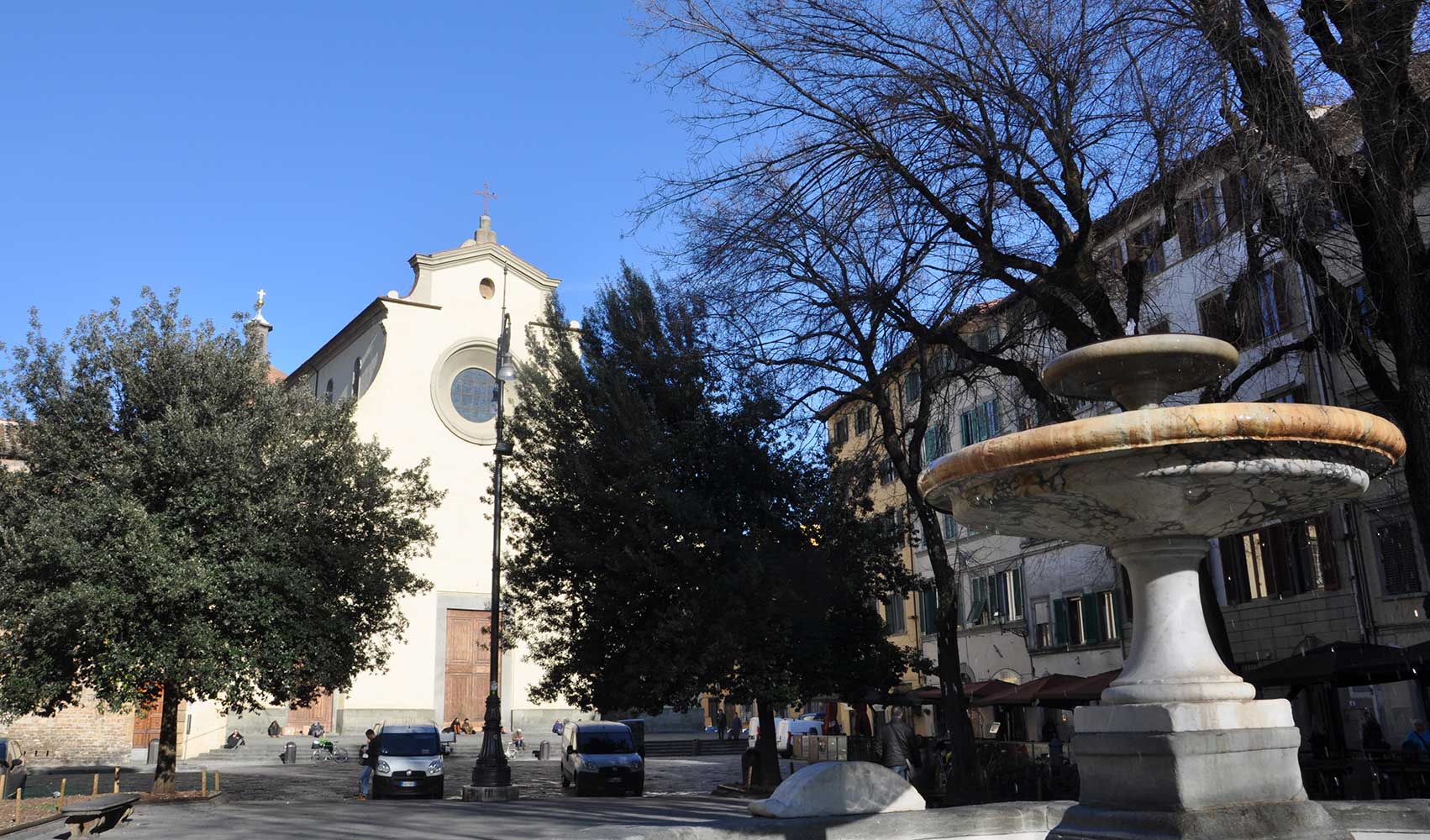 Crossing the river Arno, you’ll find yourselves immersed in the Oltrarno, full of workshops, little cafés, and great places to eat or have a drink. Here you’ll discover Filippo Brunelleschi’s last masterpiece: the Basilica of Santo Spirito. Inside this luminous Renaissance church, you’ll see, amongst the 38 chapels owned by the Florentine noble families, the altarpieces in their original settings. In the sacristy, you can admire the wooden Crucifix sculpted by a 16-year-old Michelangelo.

OUR RATES
VIEW ALL TOURS